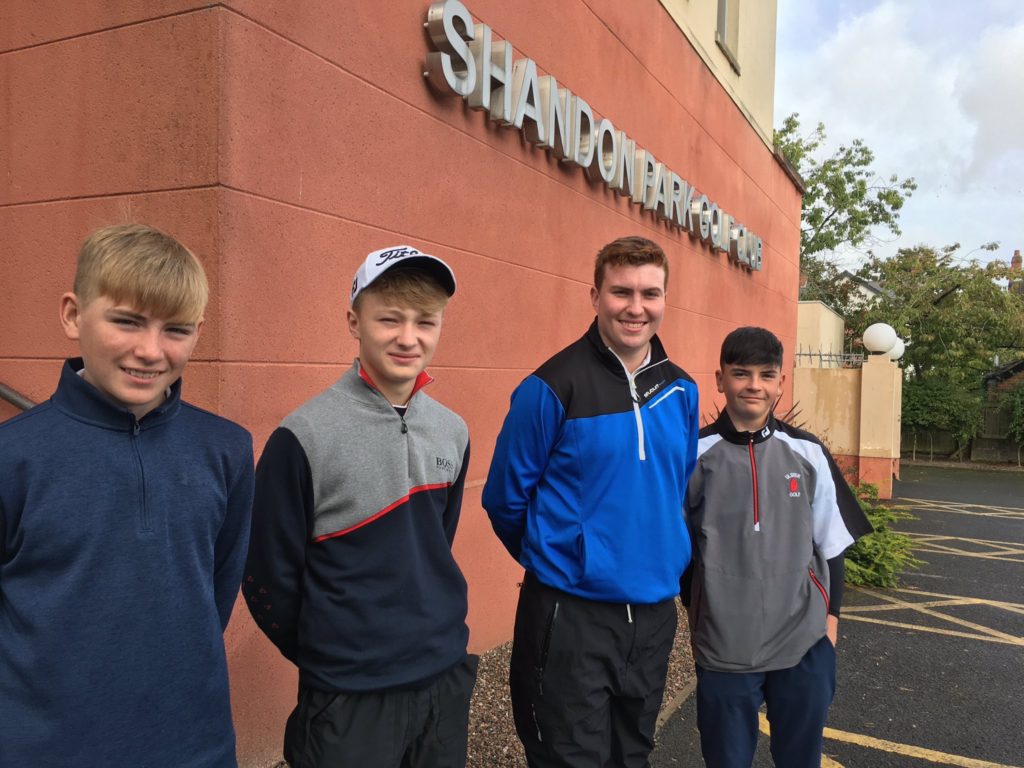 Congratulations to Ballyclare High golfers Ross Campbell & Alex Darrah who have been selected for the GUI Ulster Branch Coaching Programme. Ross will represent Ulster against Leinster this coming weekend as part of a development team match. We wish both boys well as they try to follow in the footsteps of their schoolmate Ewan McArthur who was selected for the Irish National team over the summer.

We have enjoyed some fantastic recent success in the junior ranks in recent years culminating in Irish Schools success in 2015.