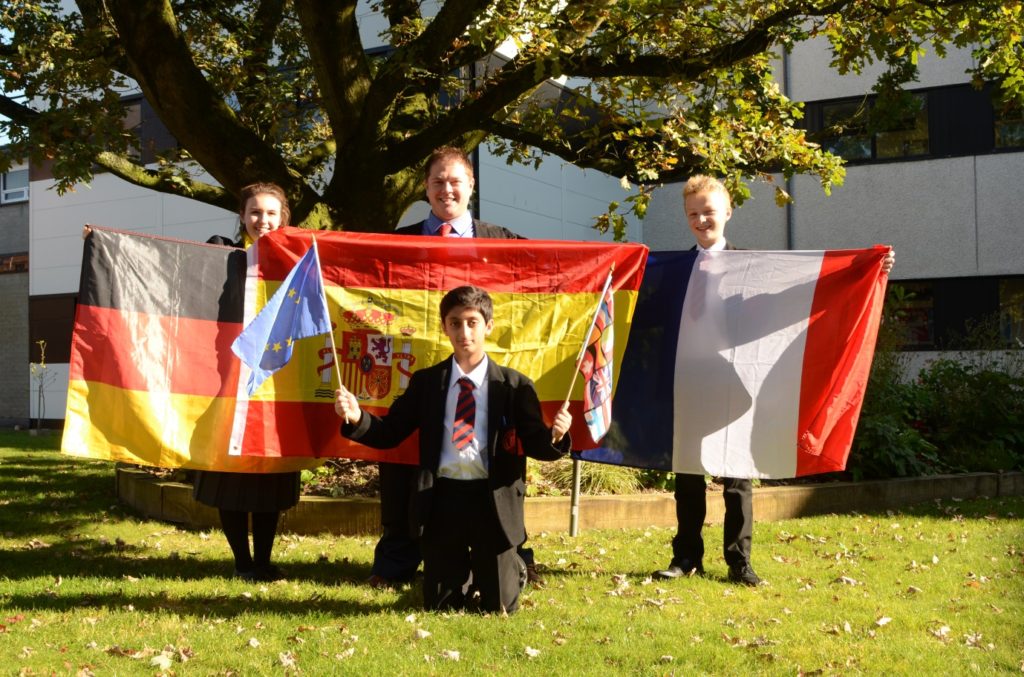 Pupils celebrate the news that we received the British Council International School Award for the sixth consecutive time.

Ballyclare High School places great emphasis on developing international contacts. We were the first school in Northern Ireland to be awarded the prestigious British Council International School Award and have gone on to win the accolade on six consecutive occasions.

In our teaching and learning activities in all subjects, we collaborate with schools across Europe to ensure our pedagogical practice is in keeping with our neighbours. Increasing use is made of video-conferencing to bring the wider world in to the classroom. Our pupils have numerous opportunities to visit foreign countries and practise their language skills. In addition to ski trips and field trips, we offer annual exchange trips to Dorsten in Germany and Colmar in France and a Year 11 cultural visit to Barcelona. Year 8 pupils are lucky to have the opportunity to travel to either France or Germany at the end of their first year with us.

In terms of extracurricular involvement with regards to Internationalism, we run a weekly Languages Club for Key Stage 3 pupils, offer a Language Leaders Award Scheme for Year 10 and 13 pupils and senior pupils regularly take part in the Northern Ireland A-level French and German Debating Competitions and other external competitions such as Juvenes Translatores.