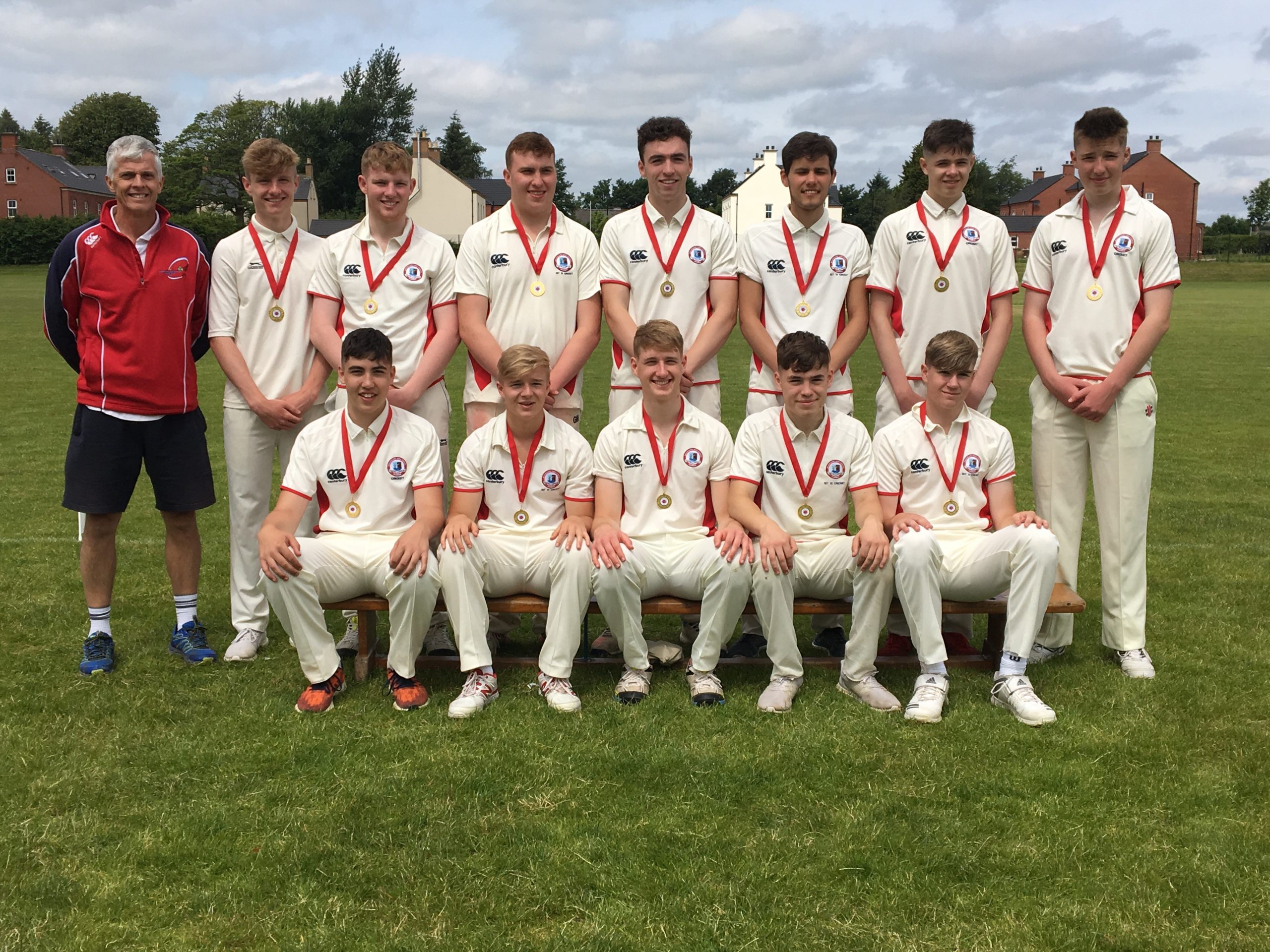 Cricket tours have taken place for the 1st XI to Christ’s Hospital, Sussex and the U16 Colts to King Edward’s, Stratford. In 2009 Clifton Prep, South Africa were the first overseas team to play at the school. Recently the U13 and U14 Squads have toured the North Coast playing Coleraine Grammar and Limavady Grammar.

Over the years cricket teams have won many Ulster Schools’ age group competitions such as the U14 Derriaghy Cup, U14 NCU League, U15 Jubilee Cup, 1st XI Division 1 McCullough Cup and most recent the 1stXI President’s Plate in 2018.

History of cricket at Ballyclare HS has been well documented by Mr Nutt and the late Mr Martin; the earliest representative honour in 1959 being John Craig from the Muckamore village who played for Ulster and Irish Schools’ teams. Other NCU/Ulster and Irish Schools’ cricketers have been, Jeffrey O’Hara, Colin Davidson, Andrew Cowden, John Busby, Kyle McCallan, Robert Smith, Jay Hunter, Ewan Wilson and Fin Lutton. At one time, Ireland’s most capped player was past pupil Kyle McCallan, whose cricket career included playing at two World Cups.

The Templepatrick Cricket Club (TCC), having moved into The Cloughan, home of Ballyclare Rugby Club, have promoted cricket in the Ballyclare area and the club fields 4 adult teams as well as various youth teams. The club also has at least 80% past pupil membership and most of our current school boys play for TCC over the summer months.