By Ballyclare High School on 6 February, 2020 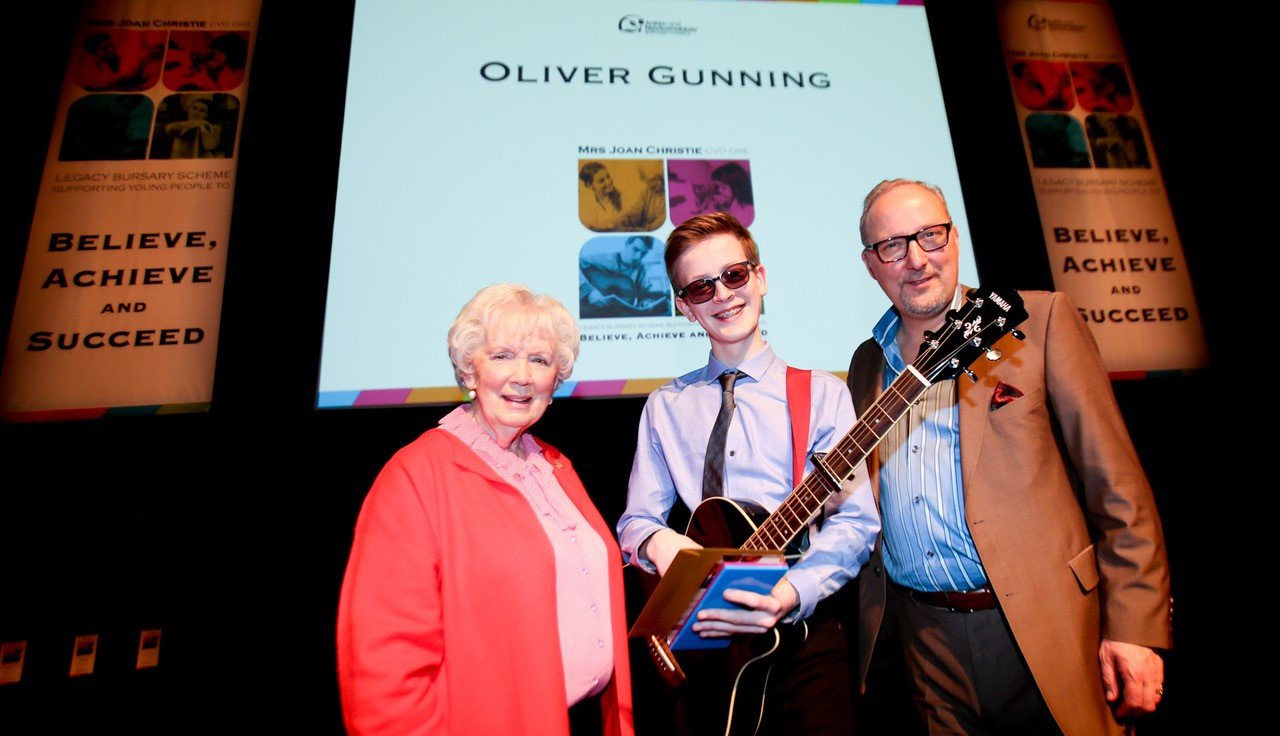 Congratulations to Oliver Gunning on being awarded £1000 in The Legacy Bursary Scheme, launched in honour of Mrs Joan Christie CVO OBE.

‘The Legacy Bursary Scheme is for the support of young people, helping them to Believe, Achieve and Succeed. A total of eight bursaries for £1,000 each were available across three categories, two for young musicians, two for young volunteers and their club/organisation and two for a horticultural project for schools promoting the education of children with learning and /or physical disabilities.’ Newtownabbey Borough Council.

Theatre at The Mill hosted the inaugural  Legacy Bursary Scheme awards evening on Thursday 30 January, opening with the Theatre at the Mill’s Home Spun Youth Theatre group who performed a number of musical hits from the Wizard of Oz. Our very Oliver Gunning then took to the stage and wowed the audience with his performance of When You Love Someone by James TW. Not only is Oliver a most talented musician, but he daily inspires pupils and staff as he refuses to allow his visual impairment to be an obstacle to his progress or success. Well done Oliver- we’re so excited to see where this bursary will take you!