Best wishes to Mr Brian Tipping on his retirement.

By Ballyclare High School on 4 February, 2020 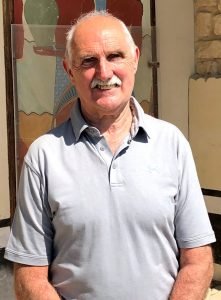 Congratulations to Mr Brian Tipping who has retired after 15 years of committed service to Ballyclare High School as a most valuable member of staff. His funny, kind and compassionate personality made him not only a colleague but a friend who was genuinely interested in this school, the staff and its’ pupils and who saw his job as a vocation.

Rising through the ranks to Building Supervisor he not only attended to routine duties but also became involved in whatever was required in improvement projects such as the courtyard garden work, including his ongoing and vested interest in the wildlife pond; the school has won the Best Kept School Award on five occasions now, testimony to his involvement with Eco Club and work alongside senior staff.

As a former Northern Ireland Youth Team footballer, Brian’s keen interest in all sports made him a fervent supporter at all the main sporting events doubling up as our bus-man when needed. He became a critical coach to us too, both when things went well and not so well, often asking ‘why did you do that?’ His involvement in school life secured an affection held by pupils and staff alike.

A testimony to him as a person, even after critical surgery, was his determination to return to work and we applaud him for such spirit and attitude. Brian is now busy with bowling, golf and membership of a walking group. Not one to be inactive, his days are vibrant with social and healthy pursuits and many others are benefitting from his sense of humour and fun-filled approach.

We wish him all the very best for a long, happy and healthy retirement!